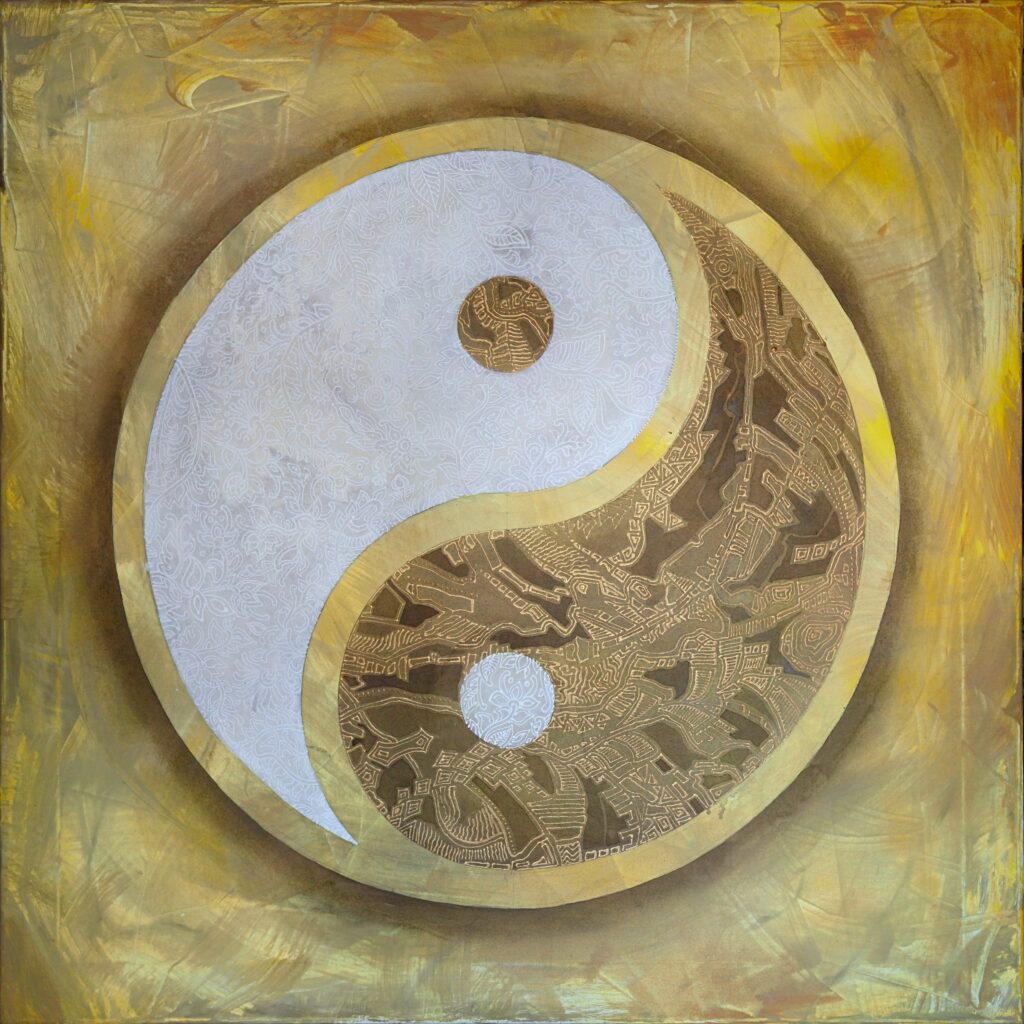 Service to self and service to others are spiritual terms for the paths we take in life and can be seen as expressions of our dualistic physical universe. To have a balance between these is the ideal but often we have a self that is out of balance and leans to either selfishness or selflessness.

Service to self is characterised by control and oppression of others. It seeks to gain at the expense of others. It naturally creates hierarchical systems where those at the top have more power and control and are seen as having more worth than those at the bottom. It is authoritarian and it seeks to control others through fear. This path does not respect free will and seeks to own and possess others. It tends to enslave. People in service to self deceive and coerce others into doing what they want. They seek division of those around them in order to conquer. Can be seen as dark.

Service to others is characterised by empowering and liberating others. It is loving, caring and compassionate. It naturally desires everyone to have a fair and equal say in matters affecting them. This path is more loving and giving and wants justice and freedom. It respects the free will of others and believes in equality and seeks unity. Can be seen as light.

People in service to self are selfish, manipulative and dishonest. They are tricksters who take what they want and if someone has nothing to give them then they have no interest in that person.

Those on the positive path of service to others will do a lot for other people and are empathic and caring. On the negative side, they may be overly people-pleasing and often have life lessons to learn in setting boundaries and learning not to be controlled or taken advantage of by people who are on the service to self path.

Those who are on either path have spiritual work to do.

People in service to self need to look at their shadow selves and raise their level of consciousness through spiritual self-development.

People in service to others may have to work on increasing their self-worth, look at their shadow selves and raise their level of consciousness through spiritual self-development.

It is important to look at the shadow self, a concept introduced by Carl Jung, which describes those aspects of the personality that we choose to reject and repress into our unconscious psyches.

Until you make the unconscious conscious, it will direct your life and you will call it fate.