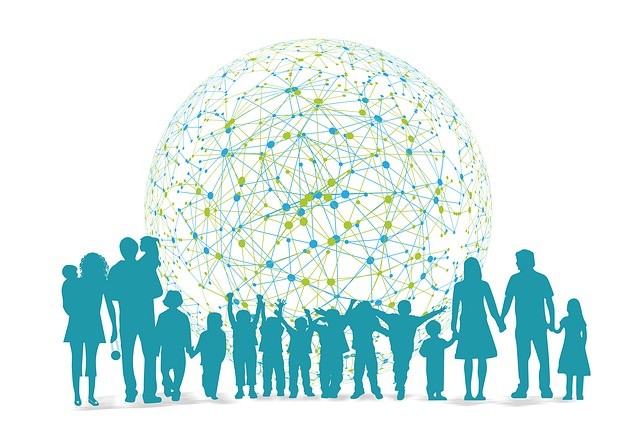 How the Mind Works as an Internal Family

Internal Family Systems Theory, developed by Richard C. Shwartz in the 1980s, has grown out of family systems theory (e.g. if a child is acting out, the whole family dynamic is responsible for the behaviour of the child and the whole family has to be treated as a unit). IFS states that our own mind works in much the same way. In a person with no trauma this system may be well integrated but for those who have had childhood trauma, the whole system has become more fragmented and compartmentalised. IFS says that we have many subpersonalities all with their own likes and dislikes who perform different internal roles. Some are managers who organise our lives, some are protectors who defend us whilst others are known as exiles who carry painful feelings that we do not want to acknowledge. This post is written from the perspective of trauma.

Trauma pushes our internal parts into extreme roles. A person who has been traumatised in early childhood will often utilise a dissociative defence. This will include exiling/suppressing parts of the mind/consciousness which hold the traumatic memories and feelings which are unbearable for the child. The child would not be able to function on a daily basis whilst being constantly conscious of the memories and pain. In trying to attach to the parent who is abusive the child has to ‘forget’ the abuse otherwise their very survival may be at stake or they may feel as though it is.

Any emotions such as anger and hate have to be suppressed as expression of those may invoke further abusive behaviour from the caregiver, so those parts are ‘exiled’. These exiled parts will then try to make themselves known or reintegrate sporadically or be triggered by the external environment and other parts of the consciousness which have been tasked with keeping the exiled parts in place will be activated into shutting them back down. The system has been constructed (or what exists naturally has been restructured) for the child’s survival and to provide them with the ability to continue to function as well as possible under extreme stress. Exiles are often young or teenage parts.

Some parts of the system which keep down the exiles are known as firefighters. These are defined by their often destructive behaviours such as substance misuse or any acting out behaviour which is detrimental to the individual. They manage the uncomfortable feelings of the exiles. Other aspects of the system are known as protectors and managers which do the jobs they are named for. Each is triggered into action when it is needed. This continues into adulthood with the main consciousness of the individual being largely unaware of what is happening. The whole system works together to keep the individual safe in the best way it knows how. Integration of firefighters or protectors in extreme roles and the memories and feelings the exiles hold can happen when the individual is in a safe place in life.

For example, an angry protector part may come up if the individual is feeling there is danger. The main personality may just think they are ‘in a mood’ or they may be aware of their anger but not understand where it is coming from. Someone with extreme dissociation named DID (formerly multiple personality disorder) will have very clear cut seemingly different personalities taking over the body completely. In IFS, ‘mood states’ will take over emotionally when triggered, whether these are managers, protectors, firefighters or, at times, the exiles. These can manifest as feelings of anger, irritation, pain, terror, disgust or self-hatred.

Internal Family Systems believes we all have a Self which is capable of healing all the damaged parts through therapy, by slowly releasing the feelings of the exiles and all the other parts in extreme roles in a way that is not overwhelming to the individual and their system. The core self of a person is considered to be undamaged and has the wisdom and capacity for healing.

A narcissist is deeply insecure, has a fragile ego and frequently has their inner shame triggered which activates their rageful or grandiose protective parts. These allow the narcissist to feel superior to or to intimidate those around them and therefore feel safe. Perhaps a narcissist subconsciously exiles/suppresses their empathic or ‘weak’ parts, as these were frowned upon by the narcissistic parent when the child was allying with their parent as the ‘golden’ child, and this is why a narcissist is detached from their empathy.

Narcissists can switch into a rage when triggered very quickly and easily from being in a seemingly good mood. This could be explained by a change in an internal part.

Emotional development is arrested in a person with NPD at a young age. This plays out through their behaviours which are emotionally immature and can be childlike. These may be young parts blending with the main personality and influencing the narcissist.

The ‘beauty’ of the dissociative defence mechanism (that of exiling/suppressing the parts which are holding the unbearable/unacceptable memories and feelings) is that an individual will often not even be aware the dissociation has happened until they spend time with a qualified competent therapist and those buried feelings, and the system as a whole, feel safe enough for them to come to the surface and make themselves known. They can then become less compartmentalised and  reintegrated into the whole.