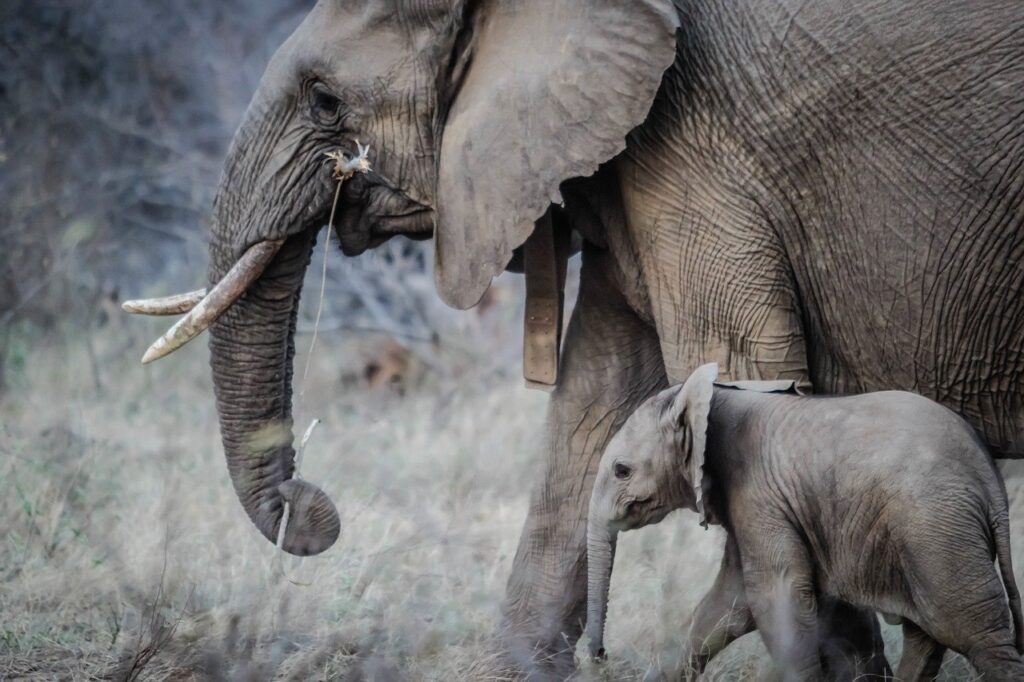 Attachment theory deals with the relationship between the primary caregiver and their baby. Research has shown that attachment styles can be observed and are established by the time a child is one year old and will persist into adulthood. There are progressive stages of attachment:

Preattachment (newborn – 6 weeks): Newborn infants act in a way that attracts adults, such as crying, smiling, cooing, and making eye contact. They are not attached to their mothers yet but are soothed by the presence of others.

Attachment in making (6 weeks – 6 to 8 months): Infants begins to develop a sense of trust in their mothers, in that they can depend on her in times of need. They are soothed more quickly by their mother and smile more often when next to her.

Clear cut attachment (6 to 8 months – 18 months to 2 years): At this age, attachment is established. The mother is preferred over anyone else, and the child experiences separation anxiety when she leaves. The intensity a child feels will be due to their temperament and the way in which they are responded to and soothed.

Formation of reciprocal relationship (18 months +): Separation anxiety declines after this age as the infant can now understand when his mother is leaving and when she will be coming back and therefore a sense of security has developed.

Infants will tend to attach primarily to one caregiver, even if there are multiple ones.

The four attachment styles are as follows:

Ambivalent/insecure/preoccupied attachment: These children become very distressed when a parent leaves. Ambivalent attachment style is considered uncommon. At times the parent may have been warm and affectionate and at others, irritable and distant. This means that the primary caregiver could not be relied upon to be stable.

Avoidant/dismissive attachment: Children with an avoidant attachment tend to avoid parents or caregivers, showing no preference between a caregiver and a complete stranger. This attachment style might be a result of abusive or neglectful caregivers. Children who are punished for relying on a caregiver will learn to avoid seeking help in the future.

Disorganised attachment: These children display a confusing mix of behaviour and seem confused or disorientated. They may avoid or resist the parent. As adults they may exhibit symptoms of PTSD and dissociative symptoms. Caregivers will have been frightening to the child. This results in an internal struggle between wanting to attach to others and being in defence.

Secure attachment: Children who can depend on their caregivers show distress when separated and joy when reunited. They feel assured that the caregiver will always return. When frightened, securely attached children are comfortable seeking reassurance from caregivers.

A child with a disorganised attachment will stop seeking closeness to the parent figure and will attempt to handle distress alone. They will attempt to keep the attachment system deactivated to avoid the frustration and distress caused by the parental figure being emotionally unavailable. This leads to the denial of the attachment needs, and therefore an avoidance of closeness, intimacy, and being dependent in relationships, and there will be striving for self-reliance and independence.

Securely attached children have a wide ‘window of tolerance,’ this is the mental space in which a person can function and handle their emotions without becoming overwhelmed. Children with disorganised attachment styles will have a narrow window of tolerance.

They, as teens and adults, will often become emotionally overwhelmed and will manage this with alcohol/drugs or other addictive behaviours. Please see: Addictions 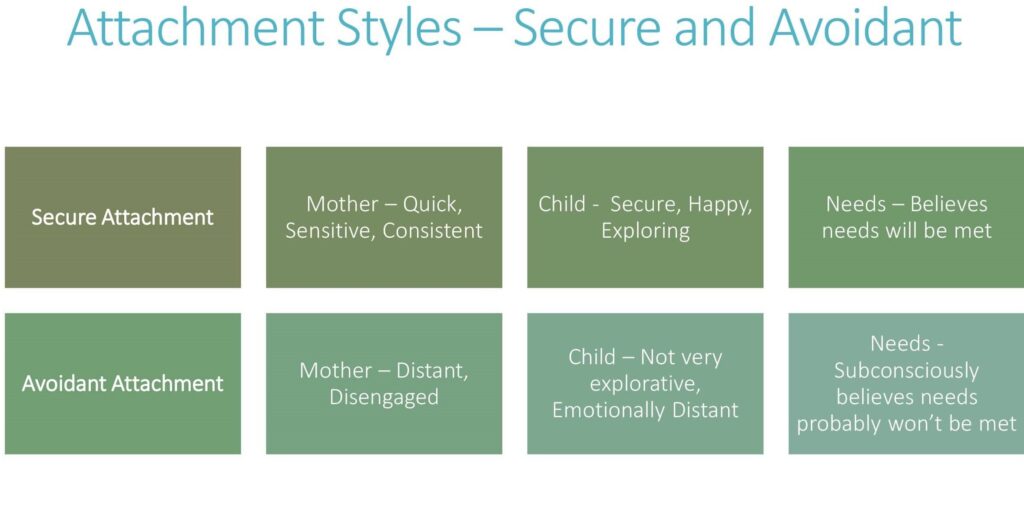 The attachment style a child develops will stay with the child into adulthood and become a set behavioural pattern. This will lead to the relationship style the child had with the primary caregiver being recreated in adulthood. The attachment patterns become internalised and shape how individuals see themselves and others.

Insecure parental attachment may lead to increased levels of stress hormones, negative views of themselves and others and poor regulation of their emotions and behaviour. Failure of the caregiver to provide safety and protection can also lead to problems in cognition, attention, learning and relationships. Romantic relationships may also be affected if the attachment relationship with the caregiver was poor.

A disorganised attachment style is associated with later psychological difficulties and dissociative experiences.