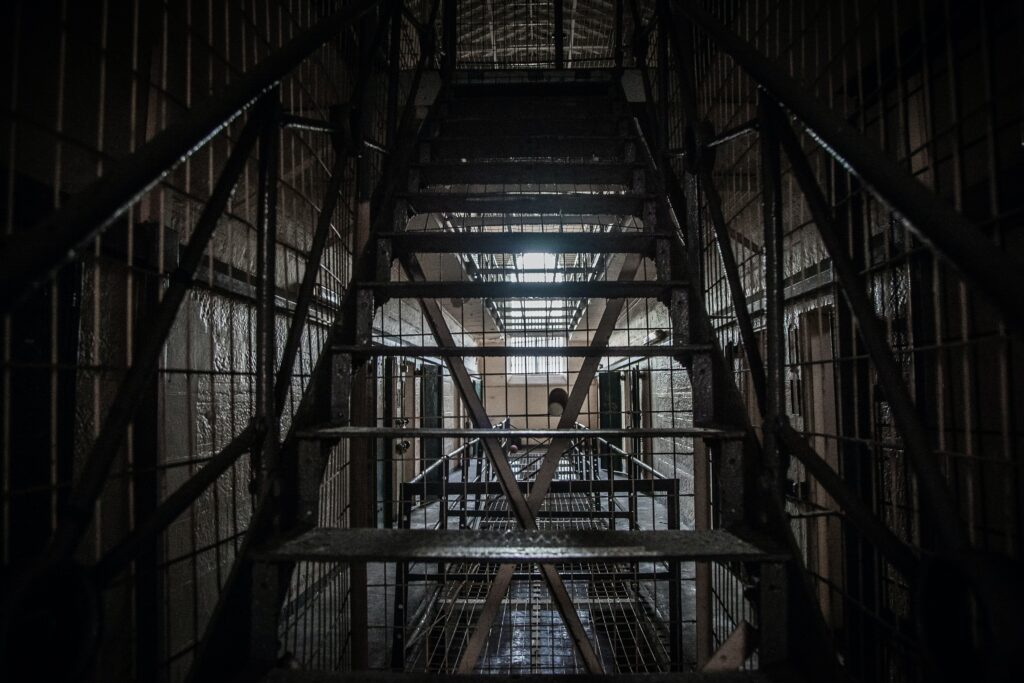 The following is taken from The Journal of Traumatic Stress.

People in captivity become adept practitioners of the arts of altered consciousness. Through the practice of dissociation, voluntary thought suppression, minimization, and sometimes outright denial, they learn to alter an unbearable reality. Prisoners frequently instruct one another in the induction of trance states. These methods are consciously applied to withstand hunger, cold, and pain (Partnoy, 1986; Sharansky, 1988). During prolonged confinement and isolation, some prisoners are able to develop trance capabilities ordinarily seen only in extremely hypnotisable people, including the ability to form positive and negative hallucinations, and to dissociate parts of the personality. [See first−person accounts by Elaine Mohamed in Russell (1989) and by Mauricio Rosencof in Weschler (1989).] Disturbances in time sense, memory, and concentration are almost universally reported (Allodi, 1985; Tennant et al, 1986; Kinzie et al, 1984). Alterations in time sense begin with the obliteration of the future but eventually progress to the obliteration of the past (Levi, 1958). The rupture in continuity between present and past frequently persists even after the prisoner is released. The prisoner may give the appearance of returning to ordinary time, while psychologically remaining bound in the timelessness of the prison (Jaffe, 1968).

The humiliated rage of the imprisoned person also adds to the depressive burden (Hilberman, 1980). During captivity, the prisoner cannot express anger at the perpetrator; to do so would jeopardise survival. Even after release, the survivor may continue to fear retribution for any expression of anger against the captor. Moreover, the survivor carries a burden of unexpressed anger against all those who remained indifferent and failed to help. Efforts to control this rage may further exacerbate the survivor’s social withdrawal and paralysis of initiative. Occasional outbursts of rage against others may further alienate the survivor and prevent the restoration of relationships. And internalisation of rage may result in a malignant self−hatred and chronic suicidality. Epidemiologic studies of returned POWs consistently document increased mortality as the result of homicide, suicide, and suspicious accidents (Segal et al., 1976).

In situations of captivity, the perpetrator becomes the most powerful person in the life of the victim, and the psychology of victim is shaped over time by the actions and beliefs of the perpetrator. The methods which enable one human being to control another are remarkably consistent. These methods were first systematically detailed in reports of so−called “brainwashing” in American prisoners of war (Biderman, 1957; Farber et al, 1957). Subsequently, Amnesty International (1973) published a systematic review of methods of coercion, drawing upon the testimony of political prisoners from widely differing cultures.

Prolonged confinement in fear of death and in isolation reliably produces a bond of identification between captor and victim. This is the “traumatic bonding” that occurs in hostages, who come to view their captors as their saviours and to fear and hate their rescuers. Symonds (1982) describes this process as an enforced regression to “psychological infantilism” which “compels victims to cling to the very person who is endangering their life.” The same traumatic bonding may occur between a battered woman and her abuser (Dutton and Painter, 1981; Graham et al, 1988), or between an abused child and abusive parent (Herman, 1981; van der Kolk, 1987). Similar experiences are also reported by people who have been inducted into totalitarian religious cults (Halperin, 1983; Lifton, 1987).

Prisoners who have not been entirely “broken” do not give up the capacity for active engagement with their environment. On the contrary, they often approach the small daily tasks of survival with extraordinary ingenuity and determination. But the field of initiative is increasingly narrowed within confines dictated by the perpetrator. The prisoner no longer thinks of how to escape, but rather of how to stay alive, or how to make captivity more bearable. This narrowing in the range of initiative becomes habitual with prolonged captivity and must be unlearned after the prisoner is liberated. (See, for example, the testimony of Hearst (1982) and Rosencof in Weschler, 1989.]

Because of this constriction in the capacities for active engagement with the world, chronically traumatised people are often described as passive or helpless. Some theorists have in fact applied the concept of “learned helplessness” to the situation of battered women and other chronically traumatised people (Walker, 1979; van der Kolk, 1987). Prolonged captivity undermines or destroys the ordinary sense of a relatively safe sphere of initiative, in which there is some tolerance for trial and error. To the chronically traumatized person, any independent action is insubordination, which carries the risk of dire punishment.

The enforced relationship, which of necessity monopolizes the victim’s attention during captivity, becomes part of her inner life and continues to engross her attention after release.

Released prisoners continue to track their captors, and to fear them (Krystal, 1968). In sexual, domestic, and religious cult prisoners, this continued relationship may take a more ambivalent form: the survivor may continue to fear her former captor, and to expect that he will eventually hunt her down; she may also feel empty, confused, and worthless without him (Walker, 1979).